Building a Movement Branding Over Product 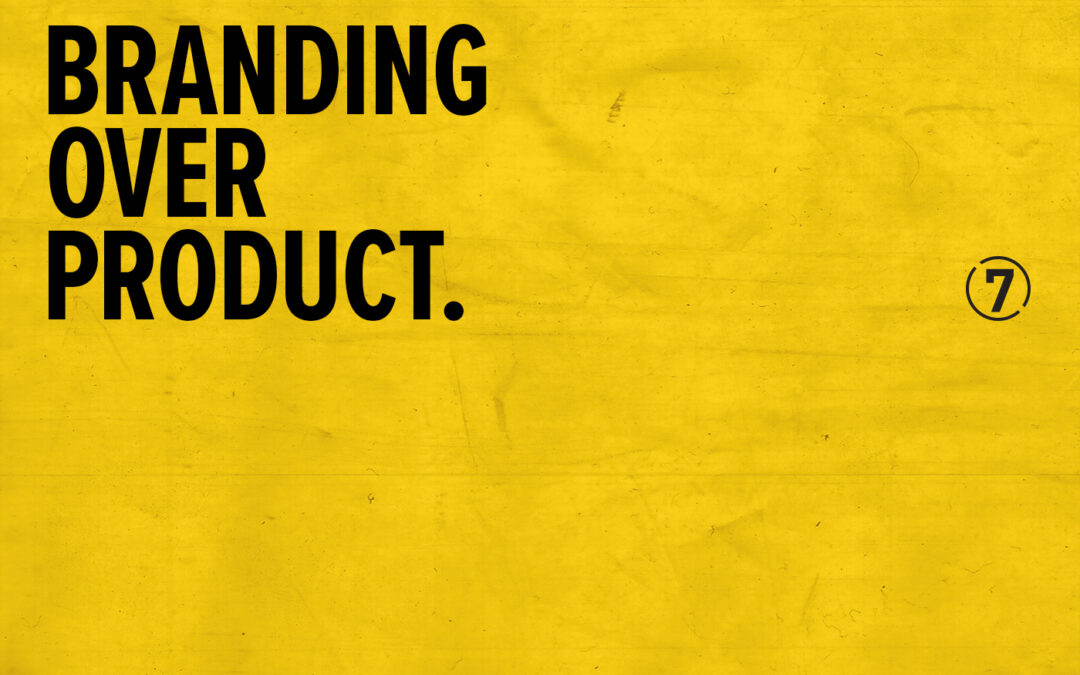 Build a Movement.
Branding > Your Product.

Why building a brand and culture should be the focus of your company in today’s day and age.

A new iPad Air, Apple Watch, iOS, updates, and so much more were announced today at Apple’s Event; the yearly event that’s like Christmas to many tech enthusiasts and Apple fanatics. The event featured immensely great production that we typically expect from Apple although virtual this year due to the global pandemic.

Although Apple’s new line of products and features are newer and a bit cooler, we believe they lacked the great innovation from the Steve Job days. Don’t get us wrong, they did role out some cool features and updated tech, which is awesome, but they’re just updates to products we already have. The question is, are you lining up to get these products when they’re out? Many have, will, and will continue to do so. Why is that? Let’s take a look.

There’s no doubt about it. Apple makes great and innovative products since the times of Steve Jobs to today. No question. However, why do people line up to grab the latest products from them? Is it that the average person absolutely needs the product and has to have it? Could they survive a few more years with their current Apple Watch and iPhone? No. They don’t 100% need it… they want and HAVE to have it. The way Apple was able to have the average consumer want this product so bad is because they’ve done a great job of creating a level of brand loyalty called Brand Insistence by building up their brand.

” A brand is how much extra I am paying above my substitute. If I’m not paying extra, I don’t have a Brand.”

What is a brand exactly? In a previous post, we covered that The term branding comes from the Old Norse “Brandr” which means to burn. Cattle, timber, and crockery were burnt or branded with the markings or symbols of the owner using a hot iron rod. The concept of branding was essentially to depict ownership, in particular things that had value, this practice dating back to 2000BC. The transition from “This belongs to me, so leave it…” to “This was made by me, so buy it” started to evolve in the 1800s.

Today we associate part of branding as the logo, but it’s much more than that. A brand is the way a company, team, organization, person, or product makes you feel. And if they depending on how they make you feel, they’ll typically get you to join their cause. When you become influenced by a brand and become a fanatic, it’s going to take something real negative or big to dismay you from that brand. It’s the way Apple has done it.

You could still get away with the iPhone 6, but with whispers of the next iPhone coming in October, you could hear the dollar signs racking up for Apple. Why? Because they know if they build it, then they will come. Not because of the product. But because of the brand behind that product. They also know that they have the power of Brand Insistence. That’s the level of Brand Loyalty that comes from the consumer’s insistence on your product versus anything else. With brand insistence, the consumer will search for and must have…no matter what.

Have you ever debated Coca-Cola or Pepsi? Maybe you don’t care about soda too much, but there are some die-hard Coca-Cola and Pepsi fans. If one were a Coke fan and walked into a store and they only had Pepsi products, they would walk back out and go find a store that carried Coke products. Some wouldn’t care and just grab the Pepsi if they craved cola. But it’s THAT level of brand loyalty that will lead you to walk out of that 7-11 and go find a Coke Zero.

So, how does this apply to your company, product, service, or personal brand? Many businesses out there have a great product and are struggling to get people to get behind their product because they lack branding and marketing. You could have the greatest product in your opinion, but if you can’t get people to believe in that product, company, or in yourself, then you don’t have anything but stuff. You cannot just build it and they will come. You must build it, promote it, build a following around it, and then sell it.

We encourage you to focus on building a following, and we don’t necessarily mean “likes” and “followers” on social media. We mean to build a brand that people could get behind. Why? Because after you do that, no matter what product you roll out, you can rest assured that your following will be hyped and get behind that product. When it comes to business, culture beats everything else, because, in today’s world, you don’t market something AT them anymore, you market something WITH them.

“Marketing is a contest for people’s ATTENTION.”